Menu
Facebook-f Twitter Youtube Linkedin-in
Defender instruction at USMC Quantico
It was my honor to get a chance to teach at the MACE! It was in 2004!
My Twins black belt test ceremony
The girls were 10 years years old. They have been studying since 2.5 years old. Here you also see Master Mel Lagasca, My teacher Master Ed Martin RIP. Plus Master Gary Murphy.
My twins with me in the small Dojo
This was about 1994 in Anaheim Hills CA.
Night Ninja training at USMC 29 Palms
My guys working with the USMC at 29 Palms CA.
Ninja water training LLNL 1982
A great chance for me to teach shallow water drowning techniques and more.
Sentry attack
Ninja magazine shoot of me showing a waterborne attack. Year was 1984
Ninja summer camp in Nebraska 1982
How to hide in water and use your blowgun as a snorkel.
Inside Kung Fu magazine
That is master Brusso in the upper left on the cover. Showing ninja water attack techniques.
Knife fighting at lunch time LLNL 1982
Master Brusso teaching at lunch time at LLNL.
Guest Masters and teachers in a 1998 Black Belt Test
In black belt tests Master Brusso always invites others to share their art for his people who are testing.
LLNL Martial arts club 1993
We gave a martial arts demo in the Livermore library. Each of us had skits to show techniques. Yes, our disco gi's!
Black belt test 2016
Here you see our Salton Sea 2016 black belt senseis.
Previous
Next

Below are samples of our free training videos over at awarriorsway.com

The above five videos you can watch them here completely
(mouse over the video for topic) or head over to anjingbanfa.com 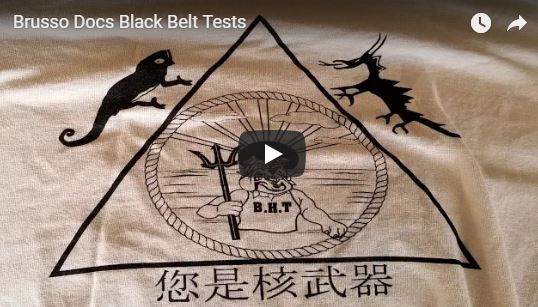 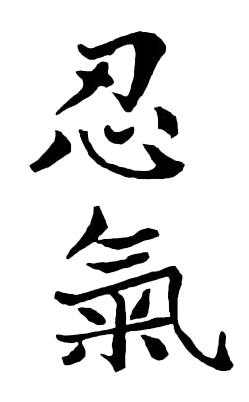 Banfa was formed in the mid-1970s and matured in the early 80s. Anjing Banfa is composed of weapons disarms, modern-day shooting techniques, survival techniques, how to teach, self-defense, women’s self-defense, and yes martial arts.

At the time when this art was born you had the standard martial arts from Korea, Japan, and China but nothing then embraced a real warrior. Other than Ninjutsu which wasn’t prevalent in the United States in those days, Master Peter Brusso saw the need to develop a holistic art.

A martial art that covers everything from ground fighting, stand up fighting, survival, and weapons usage which didn’t exist at the time he formulated the art.

As history would catch up, Master Peter Brusso continued to develop his martial art and all the practitioners of the art, making the art even more rich than its founding. Which is exactly where it is today. It is a very rich art with some wonderful individuals who contribute to the art monthly.

For example, our black belt tests last anywhere from 3 to 7 days long. In our Anaheim Hills dojo we

typically had black belt test of seven days. The test teams took field trips as part of their tests, improve the dojo so that everyone after them can see their contribution, and had to perform plus organize special events.

Almost uniformly, however ice night was always on a Friday night. Test individuals had to go in and out of buckets of ice as they were asked questions about the art and its founders.

Every practitioner is required to have a notebook. One of the first things we always teach everybody is to bring your notebook to class. But if you don’t pay attention to where your notebook is, we steal it. And then sensei sells it back to you for $20. People thought that was crazy.

But how better to teach situational awareness to a martial arts practitioner than the stealing of things from them. If you stood up there and told him that they had to learn and pay attention to everything around them out on the street were they to get attacked, they say yet that makes sense. 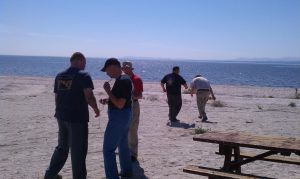 But there’s no skill building activity which you can ingrained that into them which creates awareness of what’s going on around them better than stealing their note book. Sensei always has a reason for what he does and there is always a principal that points back to the practitioner survival.

Sensei doesn’t steal notebooks for the money but rather to help develop the awareness of its practitioners, which ultimately equates to their survival on the street. This is one of many “odd things” that you will see in Anjing Banfa.

We are the first to recognize that our art isn’t for everyone. Sensei tells of a time when he took over a dojo and then started to spar the students. When the student’s hands were down, thus not protecting themselves correctly, sensei would slap them.

This infuriated many of the artists. However, sensei continued to gently slap them until they learn to get their hands in the right place. It’s things like this that you don’t appreciate at the first, however when you stop to think about it there are so many teachers that allow bad habits in their students.

These bad habits will get them killed or possibly even worse on the street. Master Brusso cares only for his student survival and therefore his training is focused solely on his students.

Master Brusso understands that a fight begins and ends in your mind. It’s in the mind of his students that he must teach them how to survive in the physical world.

Many things that happen during a test seemed to be “nonsensical”, however, these are designed to wear down a weak minded individual and thus they quit. This is going to happen if you are ever taken hostage and must survive with your mind only. Because, remember a fight begins and ends in your mind and if your mind isn’t strong you will die.

Hollywood was interested in developing a reality TV show with me centered around a ninja themed show. Here is the first Sizzle video they shot. It was over 3 days with 5 trailers and about 100 people, cameras, and even my local friend’s helicopter! 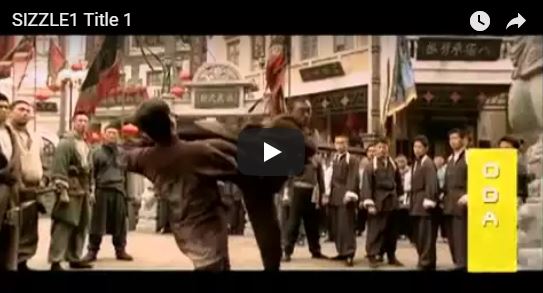 Since the first sizzle video lacked a few things based on feedback we did a second one more to the point! 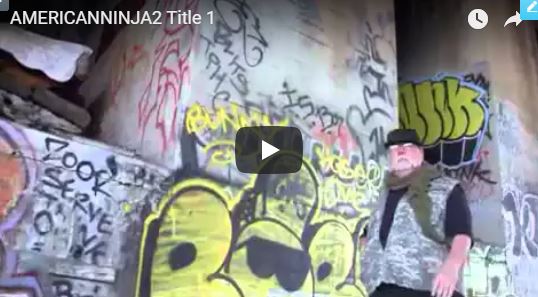 The men who stare at goats movie

This is a cross of back and forth from the crazy rulers of the world part 1 and the men who stare at goats movie. 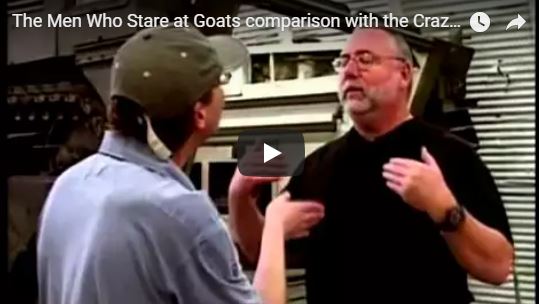